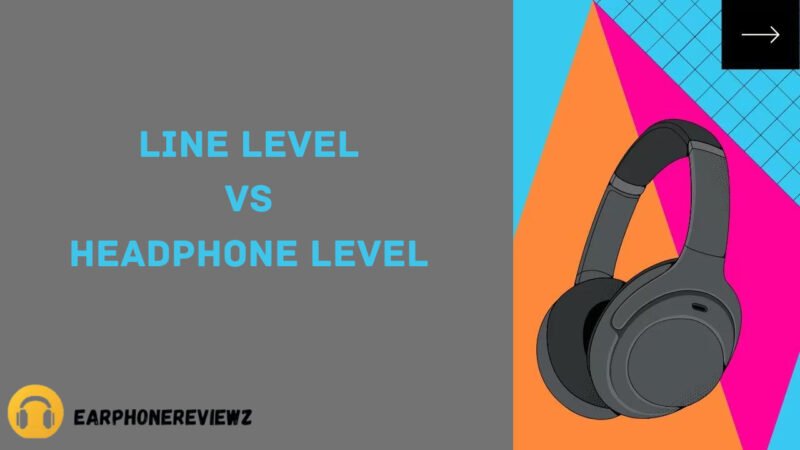 A line-level output may drive high source impedance with a weak audio signal, whereas headphone-level outputs are made for low-impedance loads and can deliver higher power. This is the main distinction between line level and headphone level outputs.

What is a Line Out?

Your computer’s sound card has a line output called sound out, where you can connect speakers and other audio signal outputs. It is connected to your computer through a line output

Allowing it to transmit the audio stream it produces to the devices of your choice.  Additionally, we can send a line-level signal from one device to another for further processing using line-outs.

Line-level audio signals are produced by a line output. Any audio output that transmits line-level signals is a line out (like a mic preamp or an audio interface). They are designed to drive loads with high input impedance as well.

What is a Headphone Out:

Similar to line-outs, a headphone output is where your computer’s audio signal is routed to your headphones. There are many circuits for headphone outs as well.

They start with a line-level signal and then pass it through their amplifier to process it before sending it to your headphones. The additional processing then yields stronger signal output compared to raw line-level signals.

The line out does not have amplification built into it, in contrast to the headphone out, which does.  This indicates that while using this type of output, headphones or amplifiers are advised.

Because the line out does not carry an amplified signal, headphones cannot be used with it. The amplifier on your device also bypasses

Recall the headphone outs that required an extra step since they had a built-in headphone amplifier. Headphone outs, which are amplified line-level signals, have undoubtedly altered the original audio in some way.

It might have some light distortion, low noise, and fuzziness added. The original audio stream may also be further altered by several low-quality headphone amp types.

In order to power the headphones, headphone outs often have substantially lower output impedances (up to 500 ohms). However, a line output, which is found on various audio devices, often has a high output impedance of 500–1000 ohms.

A headphone output is optimized for inputs with significantly lower impedances than a line-level output, which is often only meant to drive high-impedance loads.

Line-level audio signals are intended to be sent using line out, as was previously described. As a result, the quality will typically be superior to that of the headphone out port,

Which typically produces a signal of inferior quality because it has an internal amplifier to boost volume. Users are advised not to utilize the line out for headphones because of this.

Also check: Line Out Vs Headphone Out

In conclusion, the Line Output audio connector can be used to transmit line-level signals from one audio device to another. Additionally, a line level-out signal is used.

The headphone-out audio connector, on the other hand, sends a strengthened line-level signal meant for powering headphones.

The headphone out port is another name for a headphone jack. It is employed to transmit audio signals to headphones.

An audio connector called a speaker out is used to transfer music to speakers. Check the ports a device has before you buy it to see if they are lined out or headphones out. Make sure it has the necessary ports.

Q: Can I use a line out with a headphone out?

A: You can, indeed. All you need to do is get a cable having a line out and a headphone out on either end.

Q: Can I connect my headphones to the line-out?

A: You can’t, sorry. While line out is made to send high-power audio signals, headphones are made for low-power connections. The line-out port should not be used to connect headphones if you wish to improve the sound.

Q: What is meant by Headphone line out?

A: It is designed to transfer audio signals through the headphone port if it has a headphone line out. There are advantages to using this port over other types of ports, but there are also disadvantages that you should be aware of.